IT and Informatics Cooperation: A Lesson from Dr. Seuss’ “The Sneetches” 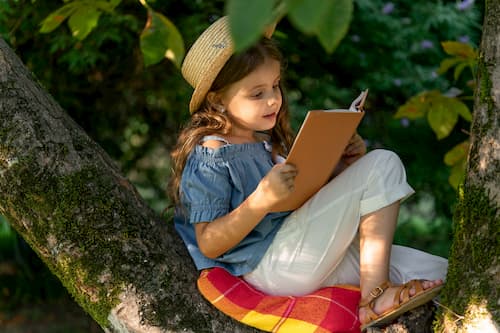 Do you remember the Dr. Seuss story “The Sneetches”? It starts with a four simple lines:

But the stars did matter — to the Sneetches, at least. The story describes a cultural rift that emerged between the star-belly Sneetches and the plain belly Sneetches, and the arrival of a man with magical machines that could add or remove stars as needed, for a fee of course. The story is a parable for how damaging (and costly) it can be to a community when there are divisions between two groups of people – and how difficult it can be to mend those divisions.

So what, you ask, do Sneetches have to do with EMR implementations and healthcare Information Technology departments? Too often, I hear a statement like this from someone in a healthcare IT department:

“THEY never tell us anything.”
“Who is ‘THEY’?” I ask.
“THEM. The people on the other side of the building.”
“You mean your Clinical Informatics team?”
“Yes. THEY expect us to have what THEY need at the drop of a hat, and THEY never tell us in advance when THEY need something.”

Although Dr. Seuss used the story of the Sneetches to help teach children about much more serious cultural divisions than those discussed in this article, the underlying metaphor is still apt to workplace environment: When one department, or part of a department, is seen as more special / important / valued than another, it sets up a “them” versus “us” model. It doesn’t take long for both sides become so focused on their differences that they stop seeing themselves as two parts of a larger team.

This can be particularly true for healthcare Information Systems departments when they implement comprehensive electronic medical record (EMR). After the implementation dust has settled, many healthcare systems find their new organizational culture suddenly includes a rift or separation between their Clinical Informatics department that manages the new EMR, and the IT department that manages the computing environment, infrastructure, and all of the other systems and applications. Similar to the Sneetches, one group seems to have invisible “stars upon thars,” and the other group doesn’t. The result is a division between two teams that should have the same goals. And just like the Sneetches, this rift results in wasted time and money.

So why don’t Informatics and IT groups see themselves as part of the same team? The division can often be traced back to the planning stages of an EMR implementation, before there is an awareness of how intricately clinical operations are going to become tied with “the computer system.” When an EMR implementation starts, there will be a focus (and rightly so) on the clinical aspects of the new system. But if this focus fails to expand to include a keen recognition of how completely reliant this new tool will be on IT, it frequently morphs into a mindset that the new system is “not IT.”

With this not IT frame of mind, EMR implementation plans frequently call for creation of a separate ‘Informatics’ project group, without ever realizing how great and lasting an impact it will have on the entire culture. Once the organization has accepted ‘Informatics’ as a separate group, distinct from the rest of IT, this mindset tends to snowball through the planning and implementation processes. The not IT message often is reinforced by EMR vendors who present their projects as solely clinical projects. But the truth is that implementing an EMR is both clinical and IT. However unintentional, the not IT mindset creates rifts within IS departments – and just like the Sneetches and their stars, the divisions tend to deepen with time.

Regardless of whether a Clinical Informatics Department reports to a CIO, CNO, CMIO or another CxO, healthcare leaders need to follow some basic principles to ensure collaboration and communication between the Informatics and IT teams both during and after an EMR implementation:

1. A culture of integration comes straight from the top.
Members of the senior leadership team need to take the lead by showing a culture of interaction, cooperation and collaboration. Establish a Steering Committee with all C-levels officers participating and charter that Steering Committee with developing the strategic plan for not just the implementation, but the post-implementation environment as well. Make sure that plan is communicated to everyone in the organization. (See the tip on Communication Plans below).

If your Informatics team reports to a C-level officer other than the CIO, make sure the CIO and that CxO are in frequent communication outside the Steering Committee structure. They need to present a cohesive and united front, and jointly communicate the same strategy for EMR implementation, optimization and support. Without this unified model, team members see divisiveness and discord as accepted behavior, and behavior quickly becomes culture.

2. Be sensitive to the feelings of your employees.
When an EMR implementation is kicking off, most organizations ask existing IT and/or Informatics employees to apply for the job they want on the new EMR implementation team. But not everyone can, or should, be on that new team. Some of your staff will need to stay in their current roles to support the legacy systems.

The staff not selected to move to the new EMR team may feel “left behind” or that they aren’t as valued as those who were selected for the new team (like Sneetches without stars). The new EMR team will likely be traveling for training, will talk about their new experiences and will have a new sense of excitement about their jobs during that honeymoon period before the real work begins. Keep in mind that a new organizational culture is forming, and you can help to shape and influence it. Make sure your communications to both groups highlight and reinforce the value and importance of the team members who will be staying in their current roles. Their contributions will be equally as valuable as those responsible for implementing the new EMR.

3. Don’t brand your Informatics Department with the name of your EMR vendor.
I often hear “Epic said …” when information technology team members are discussing requests from the Informatics team members. “You mean the people in Wisconsin?” I ask. “No, THEM. The people across the hallway.” The Informatics and IT teams all work for the same organization: Yours. Brand your EMR implementation with a name that unifies the teams, and preferably with one that includes your organization’s name. Branded correctly, this name could be one that is also used externally when communicating with patients and credentialed providers.

5. Communicate in the same language.
Start with the basics in your communication plan. I recently overheard this conversation between two IT Help Desk analysts:

Your new EMR is going to introduce new terminology for clinicians and technical staff. Early communications should include a glossary of all the new terms.

6. Celebrate successes as shared successes.
One of our clients went live on their new EMR about six months ago, and I still occasionally hear comments from the Information Technology group that they never received a “thank you” for all the preparatory work they did to get the server infrastructure ready, expand the wireless network coverage to support new devices, ensuring stable application delivery, etc. That’s like a racecar driver being disrespectful to his mechanics and pit crew. Not a good idea.

Make sure your Informatics leadership team members know about the work the IT team is doing and that they acknowledge the work in meetings and via email communications. System stability is a key factor for gaining clinician trust and acceptance, so make sure IT team knows the value of their roles.

Conversely, information technology team members often don’t know about the status of the EMR project. “I guess everything is going OK” is a frequently-heard statement from IT team members during an EMR implementation. Keep your Informatics and IT teams informed about the progress of the project, and both sides will feel more involved and supportive.

8. Give the shirts to everybody.
Learn from the Sneetches. It’s such a simple gesture, but one that is often overlooked. The EMR build and support teams have worked hard, often for anywhere from one to two years for the implementation go-live, and having shirts or vests, getting to wear jeans, etc. are nice go-live perks.

Give these same perks to the IT team members who have also been working hard to create a robust and stable infrastructure to support the new EMR.

Speaking of Sneetches again, do you remember how the story ends? The Sneetches kept:

“Changing their stars every minute or two. They kept paying money.
They kept running through until neither the Plain nor the Star-Bellies knew
Whether this one was that one or that one was this one. Or which one
Was what one or what one was who.”

And finally, after significant time and cost, the Sneetches realized that it didn’t matter who had “a star upon thars” and who didn’t. No one was superior to another, and they could all get along and become friends.