The Importance of Engaging Project Stakeholders 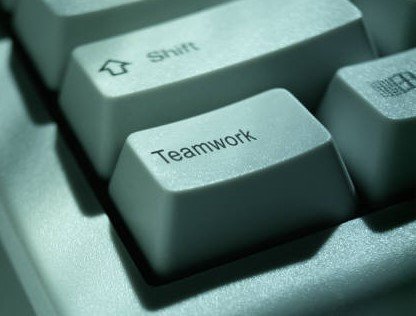 I bet several of you have read the various stories about the toothpaste factory that had a problem with empty boxes being shipped without the tube inside. The language (and time and cost) varies depending on who posted the story, but here’s the short version.

The CEO at the toothpaste factory wanted to resolve the problem of empty boxes being shipped. He got the senior leaders at the company together, and they decided to launch a project using an external engineering company. Six months (and $2 million) later, they had a solution that involved precision scales sounding an alarm every time a toothpaste box on the production line weighed less than it should. The line would stop, someone would remove the empty box, then start the line again.

The reports initially showed error rates of 12 or so per day. After several weeks, the number of defects reported was 0, but there were also no reports of empty boxes being shipped.

Puzzled, the CEO went down to the factory floor, and walked up to the part of the line where the precision scales were installed. A few feet before the scale, there was a $20 desk fan, blowing the empty boxes out of the belt and into a bin. “What is that?” asked the CEO.

“Oh, that,” said one of the workers. “Bill put it there because he was tired of walking over every time the alarm rang.”

Whether the story is true or not, at first glance, the simplicity of the solution seems to poke fun at the CEO and the engineering company for designing a complex piece of machinery to solve a very simple problem. When I read this story, “what a waste of time and cost” was my first thought, and it was probably yours, too.

As I thought about it more, though, there is an underlying problem not identified in this story: Engagement of project stakeholders. “Bill” was a factory worker, which means during the 6-months of the project, he was probably on the floor while the process consultants and technical engineers were working on a solution. Bill’s supervisor or manager was likely around too. But based on the story above, no one asked Bill or his boss to participate in the project meetings. While the fan idea probably isn’t a perfect solution either (safety and electrical concerns), having the right stakeholders involved could have prompted other ideas.

Identifying project stakeholders can be more difficult than it sounds. It is usually fairly easy to identify the upper management and senior leadership who will be on steering committees or act as executive sponsors, but identifying the true user community, those actually impacted by the solution a project will implement, can be trickier.

1) Start with a current process diagram. If the current process isn’t documented, you’ve got a great opportunity to get the people you do know are involved together to document the process.

2) For each step in the process, identify the manager(s) responsible as well as the key staff responsible.

4) Work with supervisors, managers and the final decision makers to fill in the gaps.

Now you have your project stakeholders. Transfer the processes and named resources into a Roles and Responsibilities matrix, make sure those people are participating in your project team, and you’ll be cookin’ with gas.