“I’ve got good news, and I’ve got bad news: You are not a decision maker.” 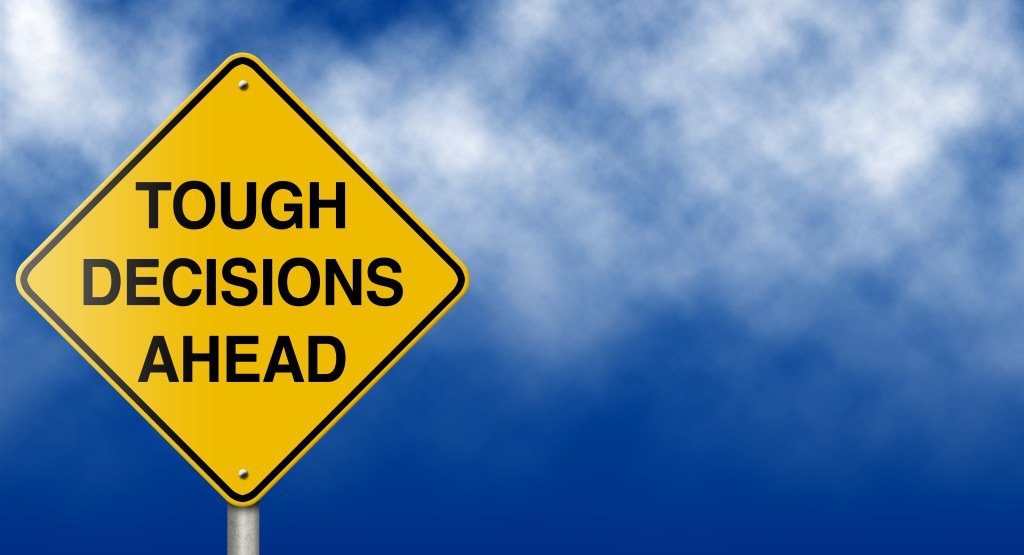 Management and leadership courses often talk about being a great leader by “empowering” staff to make decisions. It’s a wonderful concept, no doubt about it. But it can also get out of hand quickly. If you’re in a leadership or management role, do you really want everyone involved in making every decision? Maybe not. Consensus can be a great thing, but it takes a lot of time to reach and if everyone is spending their time making decisions, who is going to actually implement those decisions?

We recently provided project and program management services for a client who needed to replace aging computers and add a significant number of new computers, printers, scanners and other peripherals to their environment. Their infrastructure engineering team created the images for the desktop and thin client computers, and then turned those images over to the desktop support team who was responsible for the actual deployment. The first reaction from each member of their desktop support team was, “I didn’t approve that image.”

The desktop support team didn’t approve the image because image approval isn’t their responsibility – deployment is. The images were developed by the team responsible for the work, then thoroughly tested. They met the technical needs for the implementation and upheld the security policies for network and Internet access. The desktop support team was responsible for implementing the decisions made, and not for the decision-making.

“I’m going to escalate to the CIO,” said one of the desktop support techs. Escalating to someone four levels up the organizational ladder before talking to his supervisor, manager or director is a topic for another blog article, but it does bring up a good question:

How should a leader respond when someone who is an implementer of decisions thinks he or she is the decision maker?

Sometimes, “implementers” think they are decision makers simply don’t know they are not. Whether that person is part of a project team or is responsible for implementing decisions for the day-to-day operations of your organization, make sure that roles and responsibilities are discussed and documented. If there is confusion later over those roles and responsibilities, dust off that document, review it, and, if necessary, make any changes that might be needed.

2. Keep the lines of communication open.

This is an obvious and hopefully easy one. Most leaders know that listening to staff members’ concerns is part of earning the respect of their employees. And, as all those management books taught us, sometimes decentralized decision-making can yield better results. Soliciting input from subordinates is even encouraged in the US Marine Corps where officers are advised to lower “the decision-authority threshold,” and “seek and encourage bottom-up refinement from battlespace owners” (Marine Corps Operating Concepts – Third Edition). With this in mind, whenever appropriate, make sure there are opportunities for discussions or that employees have a method for providing input prior to a decision being made, and then be sure to listen carefully to any input you receive (This is not to say you have any obligation to agree with that input, but you do need to consider it fairly. Asking for, and then ignoring input is more destructive than not asking at all.)

In the case of the image example above, desktop support technicians were asked to email the infrastructure engineering team with any suggestions or recommendations they had for the image prior to it being finalized. They just chose not to.

3. Inform the person that despite their best intentions, in this case they are not the decision maker.

This is a difficult reality for some. Everyone wants to feel that their opinion and expertise are appreciated and that their work at their company is valued, and rightfully so (if they are doing a good job). And most leaders want to foster team members’ sense of ownership, sound professional judgment, and leadership skills. The reality, however, is that making certain decisions simply may not be part of their job. Implementing decisions is, so they need to be the best implementers they can.

There’s a song called “It’s my Job” written by the great “Mac” McAnally and performed by Jimmy Buffet. One of the verses is:

A street sweeper came whistlin’ by
He was bouncin’ every step
It seemed strange how good he felt
So I asked him while he swept
He said ‘It’s my job to be cleaning up this mess
And that’s enough reason to go for me.
It’s my job to be better than the rest
And that makes the day for me.’

4. Support the person who is the decision maker

This is actually harder than it sounds. When someone feels they haven’t been involved in decisions, it can feel natural to react in a way that affirms that person’s value, or in other cases, may be an attempt to placate them. “Oh, I’m so sorry you weren’t included in the decision. I’ll talk to and let them know to be sure to include you” may be a tempting response, but it’s taking the easy way out if you don’t really think she or he should be included in that type of decision. Often, a statement like that gets taken to heart, resulting in that resource now thinking he or she has the power to make decisions.

In addition to telling a resource he or she isn’t a decision maker, a good leader needs to acknowledge the role of the people who are the decision makers and make sure they have the support and authority needed to fill that role. This includes minimizing (often well-intentioned) interference from other resources in the decision-making process.

Certainly some roles in both projects and organizations span both decision making and implementation. A project manager is an implementer of the decisions of senior leadership, but also has to make effective decisions during the course of the project. A department manager makes decisions daily for their own department, but ultimately must implement the strategic decisions made at the senior leadership level.

And finally, whether you are a decision maker, an implementer of decisions, or both, I hope that you feel that being better than the rest makes the day for you.